As with most of us in the real world, Brenda from The Closer faces the same difficulties in finding a balance between her personal life as well as her professional life. Striking a balance is not an easy thing. I know this very well first hand.

I love my daughter dearly. She has ADHD and we, shall we say, have VERY strong differences of opinions when it comes to how the morning routines should go. We constantly argue and that just sets the mood for the day unfortunately. I would go to work in a rotten mood and it was starting to affect my job. I was not meeting quality standards and was on the verge of disciplinary action. This was not acceptable to me. So, I started doing research and so did her father. We were able to get to a point that it was easy start our days better. If needed, I would make sure I did some deep breathing exercises before going into work.

It is very hard to flip that switch from personal to professional, especially if you have a bad morning from the get go. Do you face the challenge of having to find that personal, professional balance? How do you do it?

Make sure to Pre-order your copy of The Closer: The Complete Sixth Season on DVD here today to see how it works for Brenda!

Disclosure: I have been hired by Warner Bros. WBWord division to promote The Closer Sixth Season on DVD. All opinions are my own as a viewer of The Closer.

When your child tells you they don’t believe in God

So, what would you do? A few weeks ago, my girl and I are talking in the car and all of a sudden she says, “I don’t believe in God”. I was floored! Now, I’m not religious. I am more spiritual than anything else. My daughters father is atheist. I don’t go to church, but, always express to my daughter my spiritual side. Her father makes no bones about the fact he doesn’t believe. So, she is exposed to both sides.

So, what would any self respecting spiritual mother do? I told her she is going to start going to church every weekend that she is with me and we are going to start looking up religion online and get her more exposure. So, of course, she freaks out and says that I can’t force her to do anything she didn’t want to do. She doesn’t believe in God, so I have to deal with it. I told her that she is 10, she doesn’t have the frame of mind to know what she believes. Yeah, not a great conversation.

I calmed down after a bit and started talking rationally. I asked her why she doesn’t believe. She says, because there is no proof that he exists. Yes, my 10 year old analyzes EVERYTHING. She has more of a scientific mind and needs to see back up. She questions everything and doesn’t accept anything but a straight answer. I’ve tried running things around on her and she has no qualms telling me to stop beating around the bush and just answer her. I then asked her, so, does that mean that LOVE doesn’t exist? You can’t see that. She comes back with, LOVE isn’t what you see, it’s what you feel and the actions of you or others towards you that shows LOVE exists. That is how you see and feel love. I sat back and couldn’t say anything. What could I say? She’s right? I was brought speechless by my 10 year old. How can you respond to something like that? Not an easy conversation to have, let me tell you.

I’ve talked to some other mom’s about how they respond to this type of conversations. I’ve heard things from “My child has no questions asked faith that there is a God” to “My child doesn’t believe, however, neither do my husband or I, so, that was a blessing”.

While I think religion should be openly discussed and I do feel that every child is entitled to their own opinion as well, it’s a hard pill to swallow when your child says they don’t believe. Especially at such a young age!

How would you handle this type of discussion with your child?

Our family trip to the water park

I can’t believe the heat wave that we’ve been having these past couple of weeks. It just seems like the older I get the hotter it seems to get! But I also thought this would be the perfect chance to take the kids on a trip to the water park.

It had been so long since I’d taken them to the water park that I looked up information on what was available there this summer. While I was looking up some reviews of the local park, I saw the site clear-internet.com and after I read through it a little bit I decided to switch over our internet to it.

I was glad that I did that because it helped me find some good water park safety tips that I went over with the kids. I wanted our family to have fun, but in a safe way of course. I was really proud of my kids, especially when my youngest (who’s 5) told some of the other kids to stop messing around because they might hurt themselves or someone else. 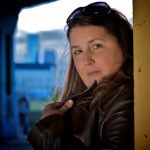 I am a single mother who just hopes that I don’t screw up my kids life! I am also looking forward to helping companies get their company out there. Social Media is a very important part anymore for any company and that’s why I’m here! Any questions, please contact me!

Flags of my readers!

I love reading books. It is one of my favorite past times and finding new authors to enjoy is always great! Susan May Warren was brought to my attention recently when I was given the opportunity to review her series, Missions of Mercy. I read all three of these books and loved each one of them! Here is some information on all three:

Communities I am involved with!
PR Welcome

Hello! I am currently doing several reviews for different companies. I would also love to do a review for you! Please contact me with your product and I will get back to you as soon as possible!

You can contact me at singleparentretreat at gmail dot com.